The ‘what I did to get here’ stuff 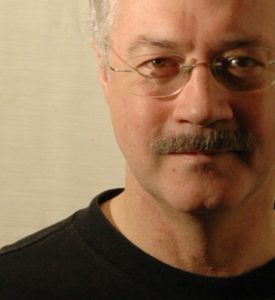 Richard Leach is an award winning graphic designer, design consultant, brand manager and illustrator with over 40 years of experience in the communications industry. He started as an independent designer in 1981 and established Creative Edge Design in 1989. He has worked under contract for a wide range of clients including corporations from large to small, business startups, and as a brand manager and art director for established businesses.

In his capacity as an art director, he has also hired or supervised independent contractors (especially writers and web specialists) during his years in business to complete aspects of projects that he felt would be better served by others with unique talents in specific areas. In addition, he has extensive experience working with the CEOs of companies, especially in the creation of logos and branding programs, since the CEOs are the ones most attuned to the direction and purpose of their corporations.

More recently, he has worked on packaging, display designs, and web site projects for his clients as a natural evolution from printed media to the ever changing digital media of the present.

He moved to Prince Edward County with his partner, Linda, in 2016, built Stellar Wind Studio/Gallery and became part of the PEC Studio Tour as a full time artist in the same year. He is still doing design work to compliment his foray into fine art and works on select projects for some of his commercial clients.

Education: Richard holds a BA in Art Education from University of Toronto and a Diploma in Art and Design from Sheridan College. He also completed two years of study in Fine Arts at Hornsey College of Art in London, England from 1971-73 (Hornsey was swallowed up by Middlesex Polytechnic in subsequent years and the college was also famous or infamous in England, depending on how you looked at it, for a student uprising in 1968).